The Tangent Plane Symbol is used in conjunction with GD&T surface controls to indicate that a specific control is applied to a theoretical tangent plane simulated by the high points of an irregular tangible surface rather than the actual elements of the surface themselves. 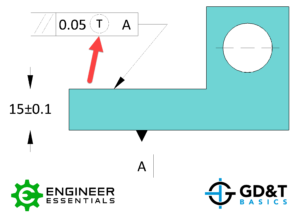 The Tangent Plane Symbol is applied after the stated value for the tolerance in the Feature Control Frame as seen above. The symbol can be used for any surface controls such as Perpendicularity, Parallelism, Angularity, or any other GD&T symbols where the surface is related to datums. 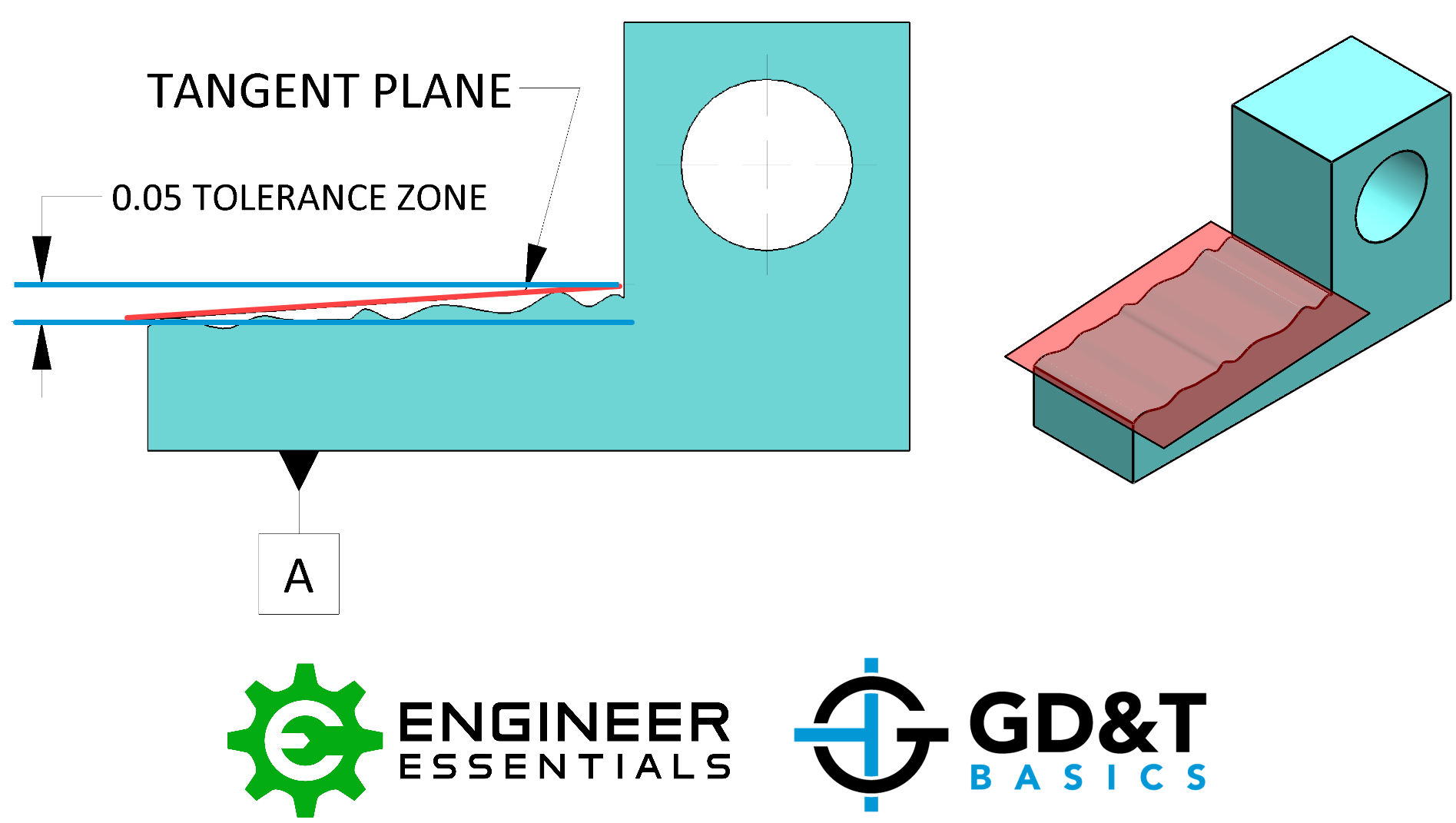