When dimensioning a circular feature using its radius, the radius symbol, “R,” is placed before the size dimension as shown below. 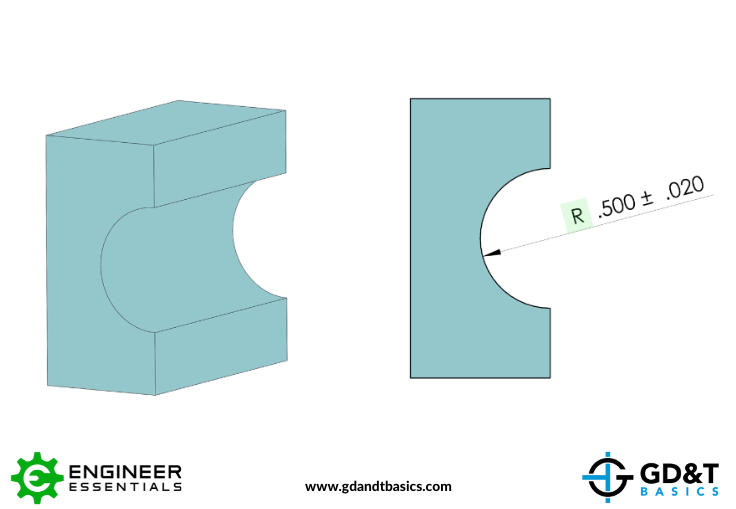 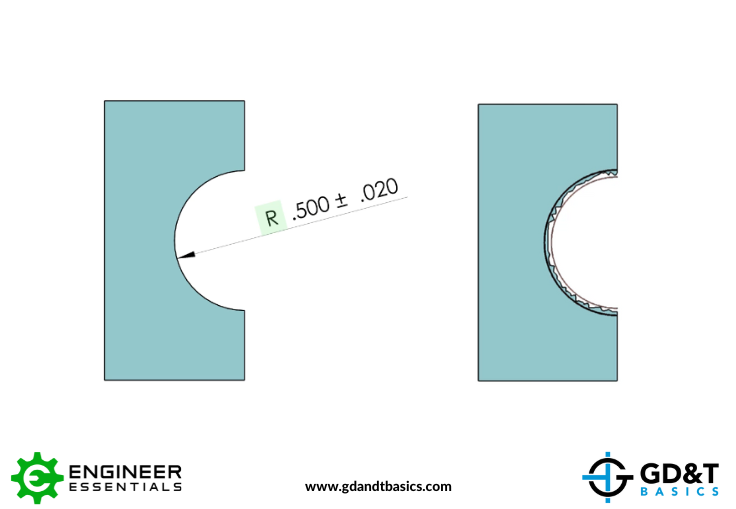