The countersink symbol is used to indicate that a countersink hole feature is required. The purpose of a countersink is to allow a fastener, typically a flathead screw, to sit slightly below the surface of the part. A countersink consists of a conical hole that is coaxial to a cylindrical hole, where the angle of the cone is determined by the fastener to be used. 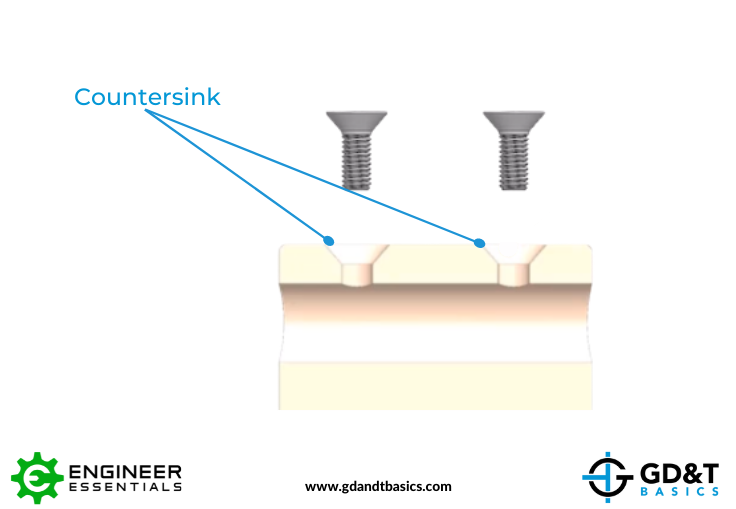 Countersinks allow a screwhead to sit slightly below the surface of a part to prevent exposed screwheads on that surface. Countersinks are also typically paired with a thru hole feature, as the screws will be passing through to the mating part.

In the example below, the part contains two thru holes with countersinks. The diameter of the thru holes is listed as 9 +/- 0.25, and the countersink is called out as a diameter of 19 +/- 0.5 with a conical angle of 90 degrees. The 90-degree angle indicates that metric fasteners are required. 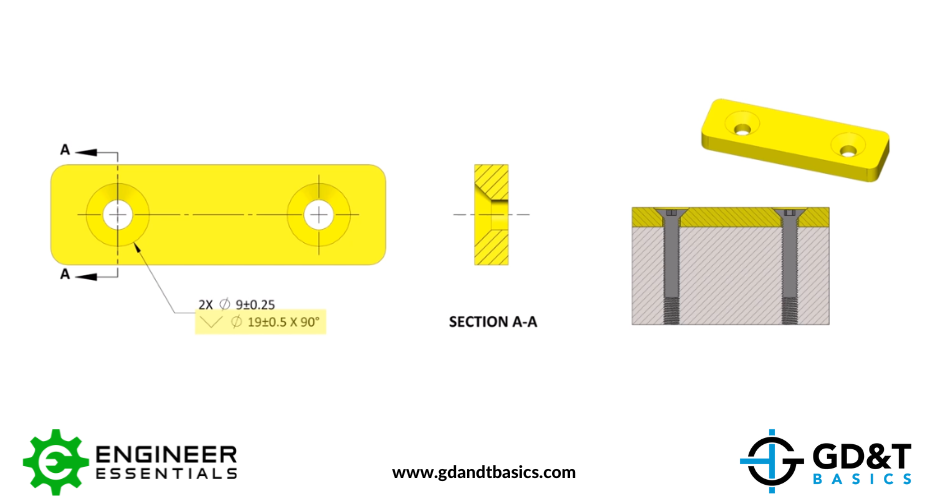