The Projected Tolerance Zone Symbol is used in GD&T to indicate the tolerance zone of a feature is to be assessed beyond the surface extents of the feature. In most cases this symbol is used to verify that a fastener will still clear a mating part during assembly regardless of how thick the assembling part is and the orientation in which the fastener is assembled.

See the image below for an example of how a feature (Hole on Part 2) may remain within tolerance of position but have an interference on the mating part (Part 1) when assembled with fasteners. 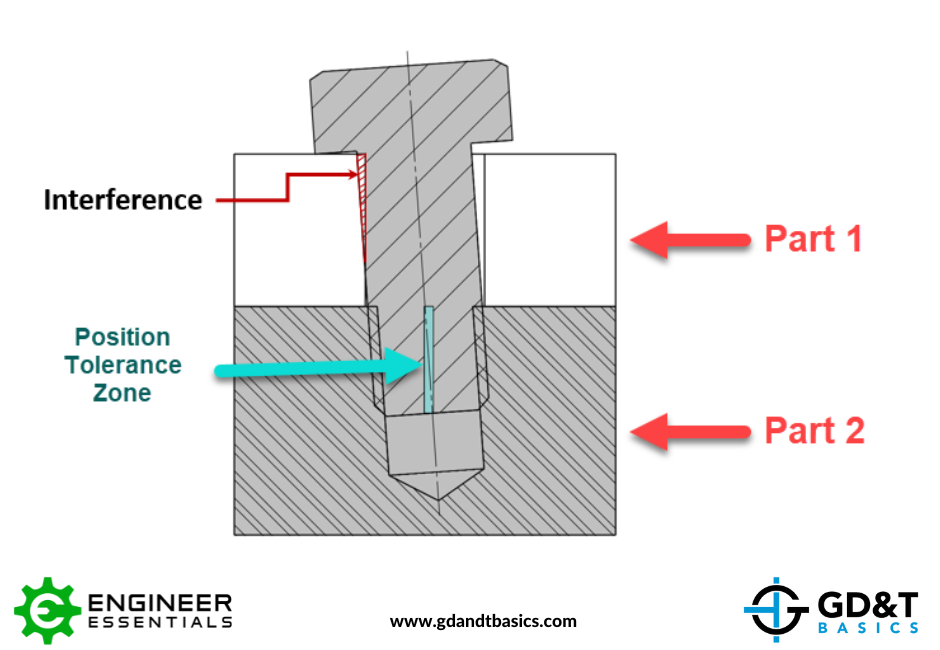 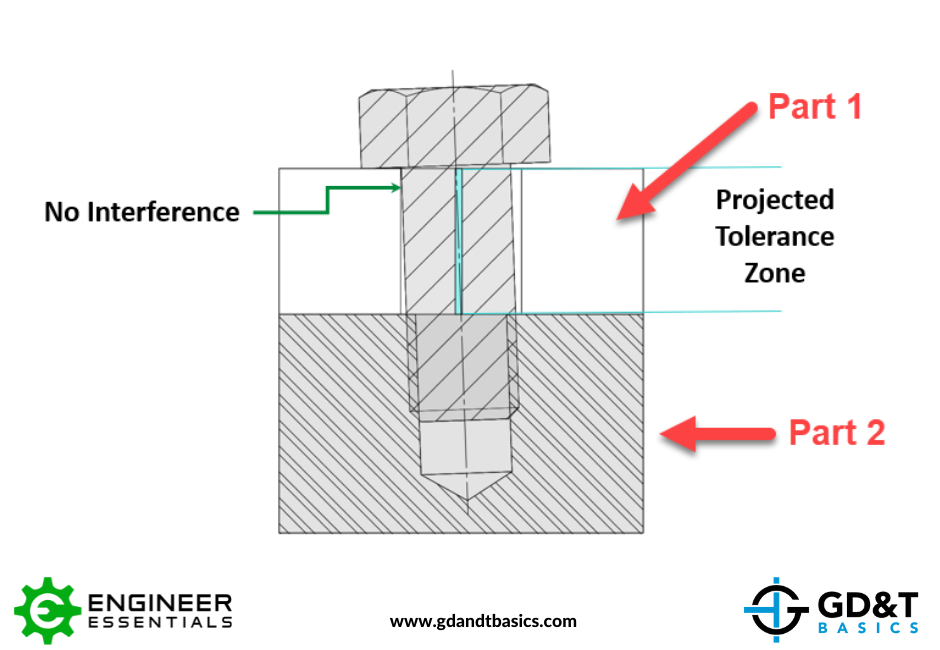 Projected Tolerance Zones can be applied to a drawing in two methods. Both methods require the symbol be placed within the feature control frame for the feature in question. The symbol is to be placed after the tolerance zone size and any material modifiers if applicable.

In method two, a dimensioned value with a heavy chain line drawn adjacent to an extension of the center line of the hole will dictate the minimum height of the projected tolerance zone. This method is typically preferred when the threaded feature is a thru hole, or the direction of the projection is unclear.

At this height, for both scenarios, the projection of the measured axis for the feature in question must lay within the designated tolerance zone. The projected zone height should always be at least equal to the maximum thickness of the mating part.

There are two rules of thumb for when to apply or not to apply the projected tolerance zone symbol to a feature. First the symbol should be applied when a mating part with a clearance hole has a thickness greater than the diameter of the bolt or pin being used. And second, the symbol should be applied when the thickness of the mating part (clearance hole) is greater than the thickness of the bottom part (tapped hole).