The Datum Target Symbol in Geometric Dimensioning and Tolerancing is used to define a specific point, line, or area to be used in order to establish a datum on a drawing. The symbol is defined by a circle divided horizontally in half. The lower portion contains the letter associated with the datum it is defining followed by a sequential number (starting at 1) for each datum target. The upper half of the symbol is left blank if the target is a point or a line. If the target is defining a target area, the size and shape of the area is defined in the upper half. 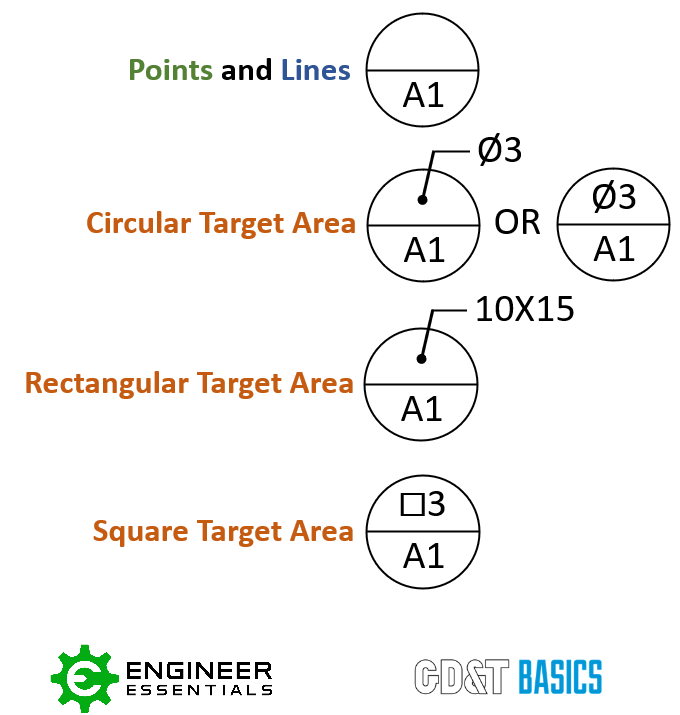 Datum Targets on a Drawing

Datum Target Radial Line – Datum Targets identified on a drawing by connecting the datum target symbol to the feature using radial lines. Radial lines for datum targets are either solid or dashed. If the line is solid, the target is on the “near” side of the drawing. If the line is dashed, then the target is on the “far” side of the drawing. 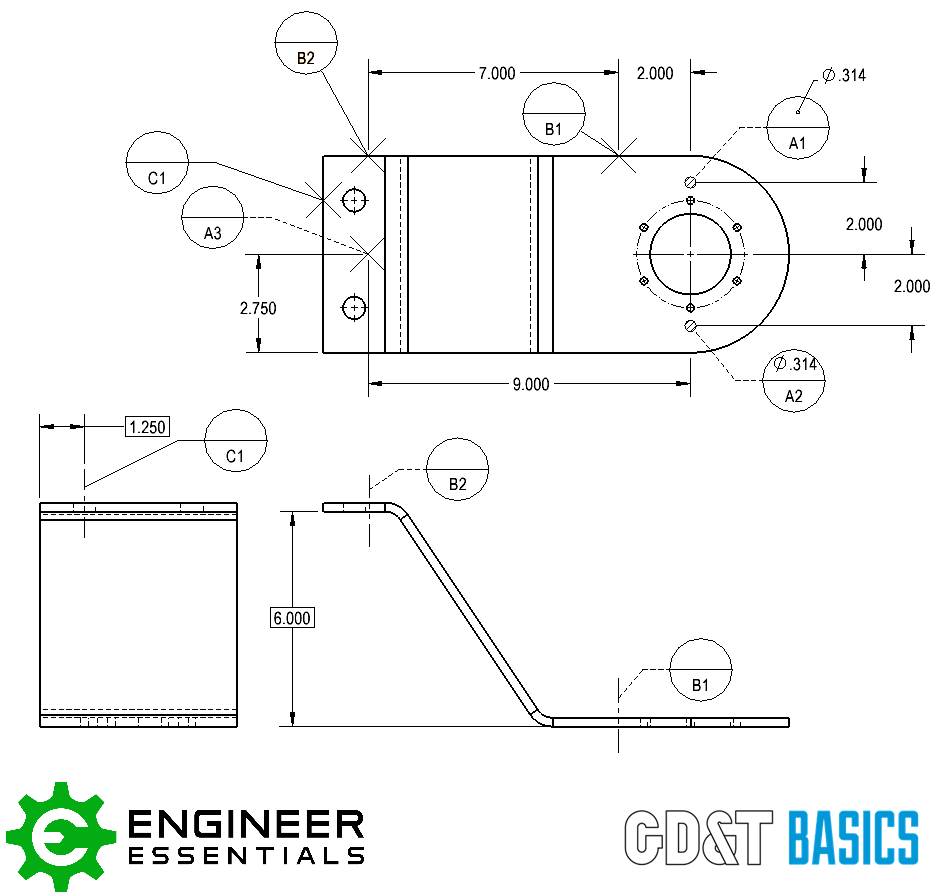 Datum Targets in the Real World

The drawing will specify the requirements for locations, quantities, sizes, and orientations of the datum targets. The real world set up will need to mimic these requirements. 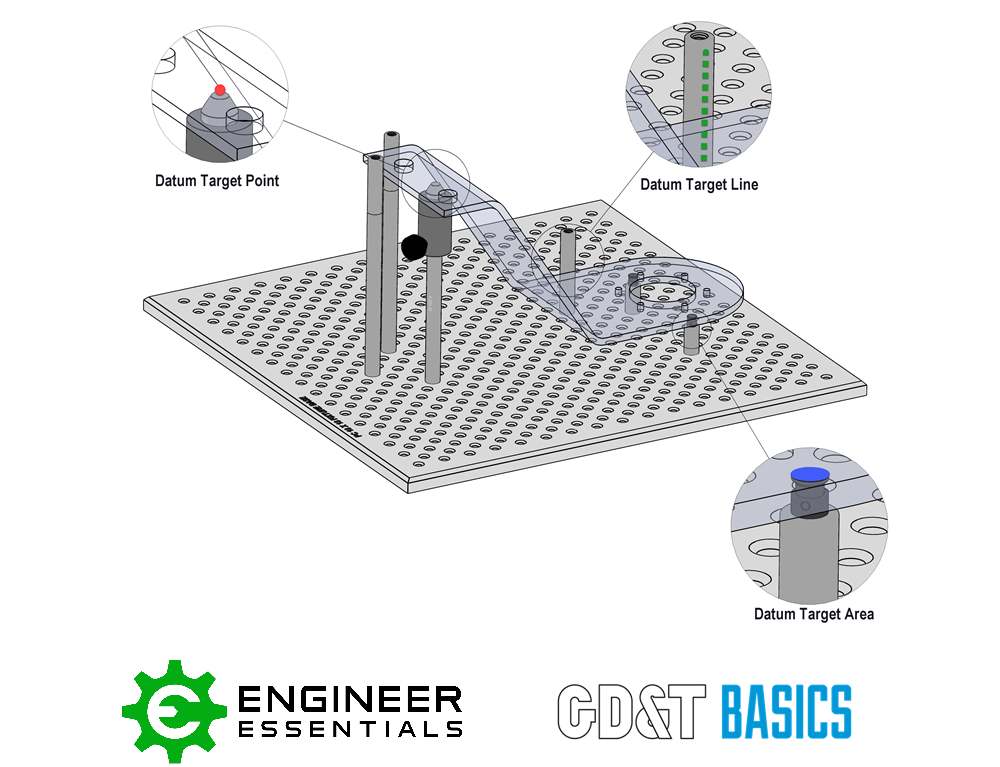 It is important to remember the 3-2-1 Rule with Datum Targets.  Depending on which datum (primary, secondary, or tertiary) you are setting up, this rule will guide you as to how many points, lines or areas are required to establish a Datum Reference Frame.