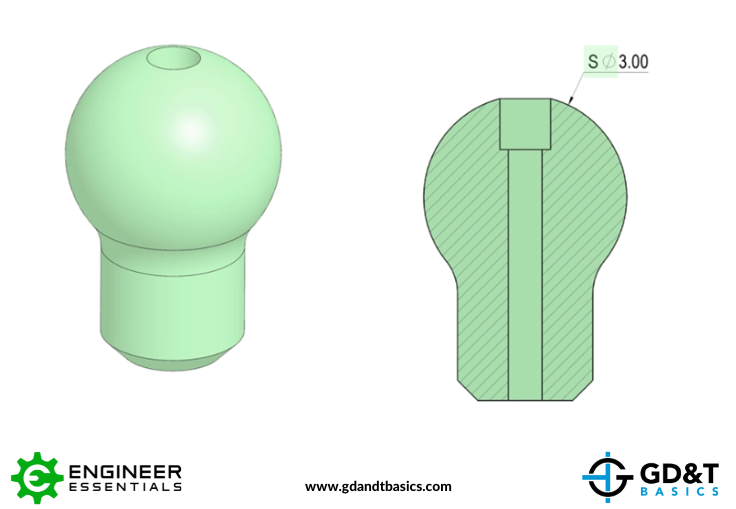 Feature with a Spherical Diameter Dimension