The Envelope Requirement Symbol is used on ISO drawings to declare that size is to control form with respect to perfect form at MMC. This is known as Rule #1 in the ASME standard. It is the default rule to assume size controls form in the ASME standards. The ISO 8015 standard states that by default, size is controlled independently of form. For this reason, you will only see the Envelope Requirement Symbol used on ISO drawings.

By controlling form via size (Rule #1 of Geometric Dimensioning and Tolerancing) you are saying at the Maximum Material Condition (MMC) the part must have perfect form, so as to not exceed the part envelope.

However, as the part reduces in local size the form is allowed to deviate up to the boundary of perfect form at MMC. Note that the local part size must always measure within the stated size tolerances regardless of form. 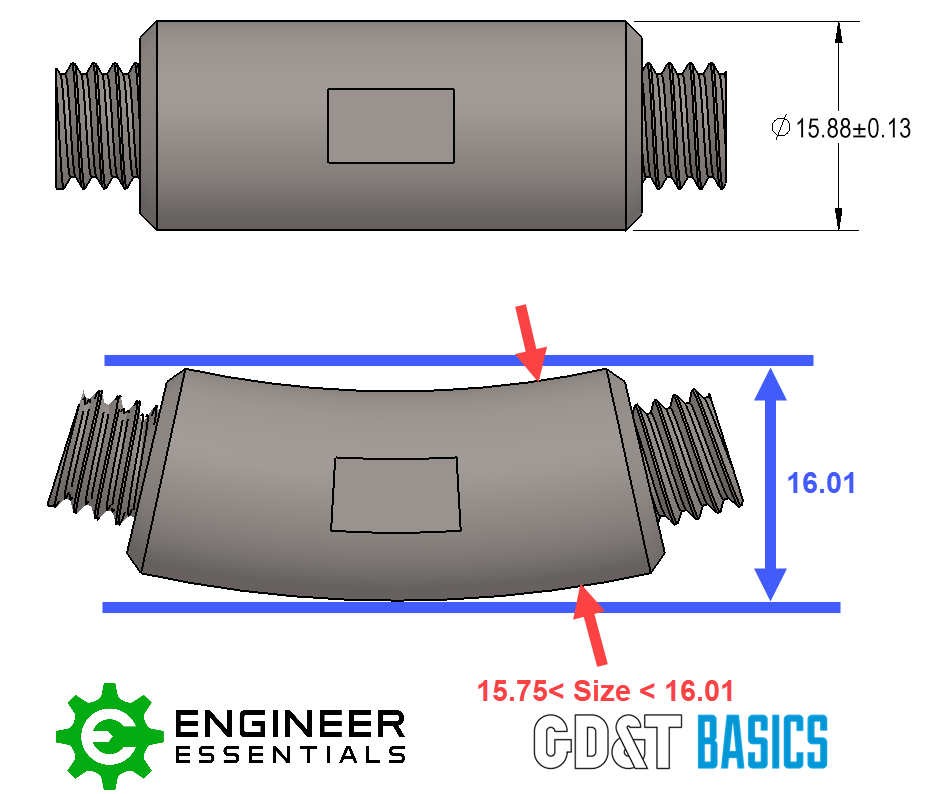 In order to ensure that the size of the feature dictates total allowable form, the Envelope Requirement Symbol is applied. ISO 8015 states that the encircled capital “E” is to be used in these situations. The symbol can be applied to an individual feature by locating it next to the tolerance dimension as seen below. We have shown the same dimension being interpreted via ASME vs ISO. As applied below, both methods shown here are using the size of the feature to control form within the boundary set by perfect form at MMC.

ISO 8015 also states that the Envelope Principle can be applied to an entire drawing by stating so in a general note or title block.

Note: Form may be refined further if desired by using any of the form controls Flatness, Straightness, Circularity, Cylindricity. The tolerance on these form controls must be more restrictive than what is controlled via the size tolerance.