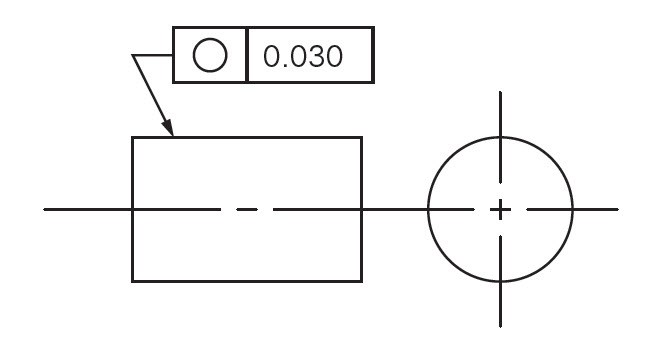 You may be thinking, “well hang on – if it is ± 0.08 and circularity is the radial distance between the two circles, wouldn’t that mean the circularity should be only 0.08 since it would be on both sides? No – and this is because of how the two-point measurement of any feature would work when compared to the smallest size vs the biggest size it could be. In Geometric Dimensioning and Tolerancing there is a rule that states you need perfect form at the MMC size – meaning at the largest size for a pin (smallest for a hole), your shape of this round feature cannot let it outside of a size of  10.08 for the first example. 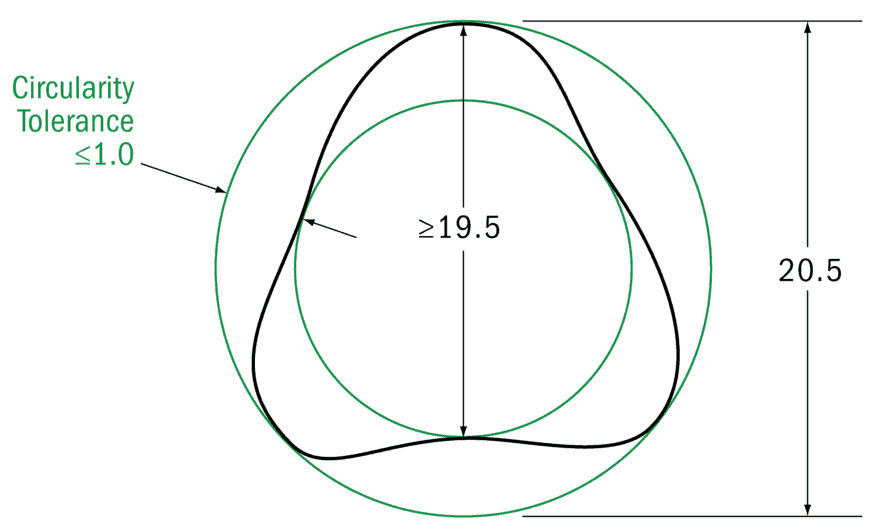 Circularity in Geometric Dimensioning and Tolerancing is sometimes also referred to as Roundness. Since it is a 2-Dimensional tolerance sometimes multiple sections of the same feature must be measured to ensure that the entire length of a feature is within roundness. Usually, two or three measurements are taken to ensure the part meets roundness for each segment of the part.