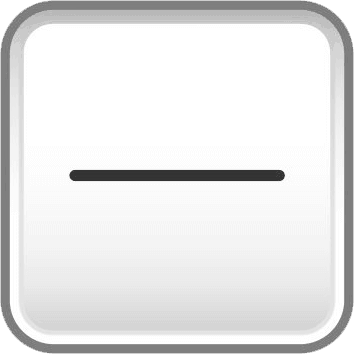 Straightness actually has two very different functions in GD&T depending on how it is called out. In its normal form or Surface Straightness, is a tolerance that controls the form of a line somewhere on the surface or the feature.  Axis Straightness is a tolerance that controls how much curve is allowed in the part’s axis. This is usually called out with an included call to maximum material condition. Both callouts are very different from each other! 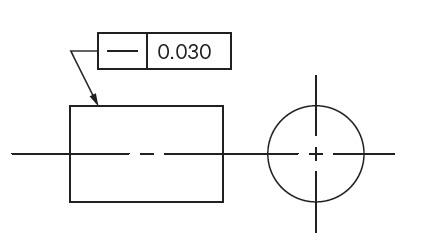 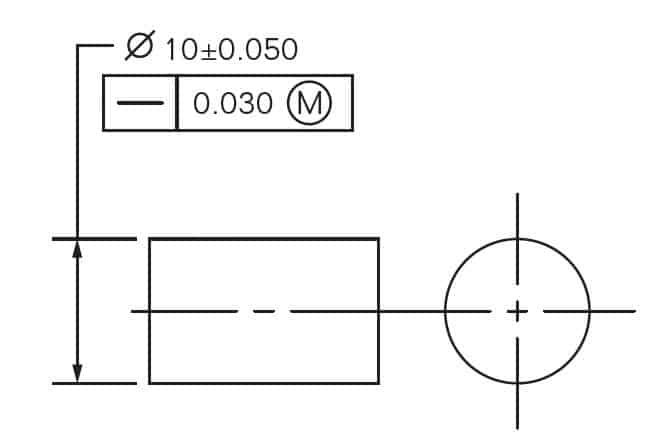 Maximum Material Condition further specifies this by controlling the size of the feature in addition to the allowed “bend” of the axis. Although a control of the axis, when MMC is called out, the entire part is used to determine if the tolerance has been met with a Go-Gauge. (See Gauging Section) 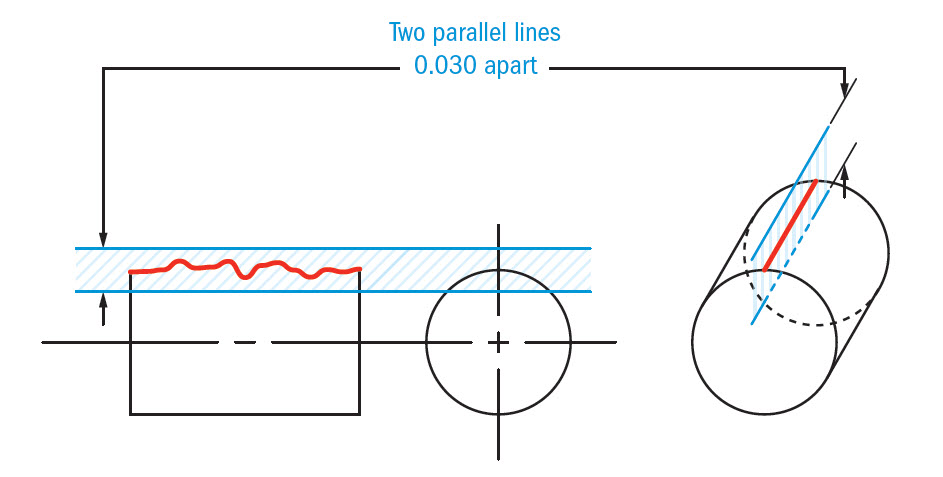 A part is constrained and a gauge measures along a straight line. In this example, the height variance is measured to see how flat or straight the line is along this surface. 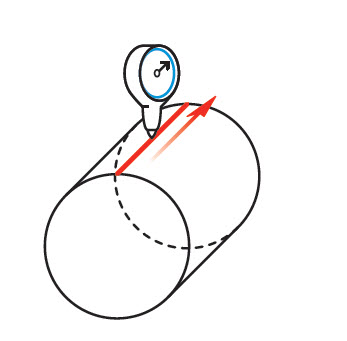 To gauge axis straightness effectively, MMC is commonly called out. To ensure that a part or feature is axially straight, a cylinder gauge is used to determine if the part fits in its total envelope at MMC. This is both a control of the diameter and of the axial straightness. The ID of the cylinder gauge represents the maximum virtual condition of the part.

See the 2nd Example below for how axis straightness is used with a maximum material callout.

Note on Bonus Tolerance: When a functional gauge is used to measure axis straightness, the straightness tolerance can have bonus tolerance added when the part diameter is smaller than MMC. The goal of a maximum material condition callout is to ensure that when the part is in its worst tolerances, both straightness and dimensionally, that the part will always fit a given size hole. This means that if you make a part smaller in OD, you gain bonus tolerance and can actually have it be less straight! Remember – the goal of this callout is functional: The part must fit in a specific envelope.

Bonus Tolerance = difference between MMC and the actual size of the part.

For more detail, see the sections on Maximum Material Condition.

Axis Straightness is also closely related to axis parallelism and axis perpendicularity since they both are controlling a center axis with a cylindrical tolerance zone. When MMC is applied, all of these callouts constrain the central axis to a specific variance amount ensuring the even at the worst-case tolerances, the part will function properly.

Commonly used for sealing surfaces or surfaces that mate with another part. For example, hydraulic channel cover in a transmission would need to make steel on steel contact in order to seal off the open hydraulic channels and maintain pressure. With a straightness call out you can specify which lines on the surfaces are most critical to making sure the pressure is maintained.

Used mainly on pins or cylindrical surfaces which must be installed with clearance into a bore or hole. The straightness callout ensures that even in the Maximum material condition; the part will still fit its mating hole or section. Straightness is commonly used to control the curve of some parts that may be prone to bending during manufacturing.

A steel bar is welded in a T pattern to another steel bar. If you want to make sure that the surface of the tube is always uniform, where the weld occurs, you would need to either greatly tighten the dimensional diameter of the tube, (which would be very costly for such a simple part!), or callout straightness along the mating surface. 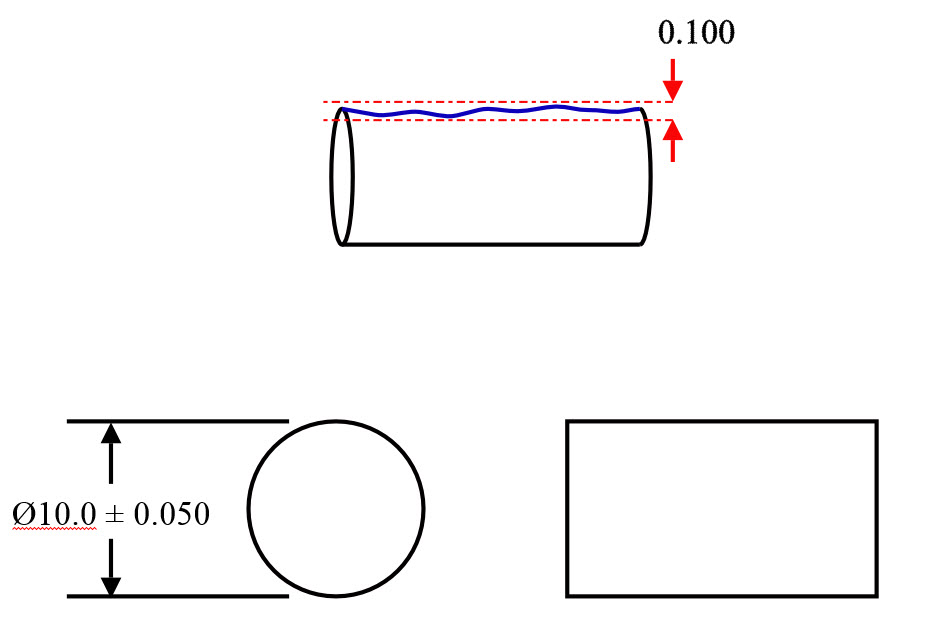 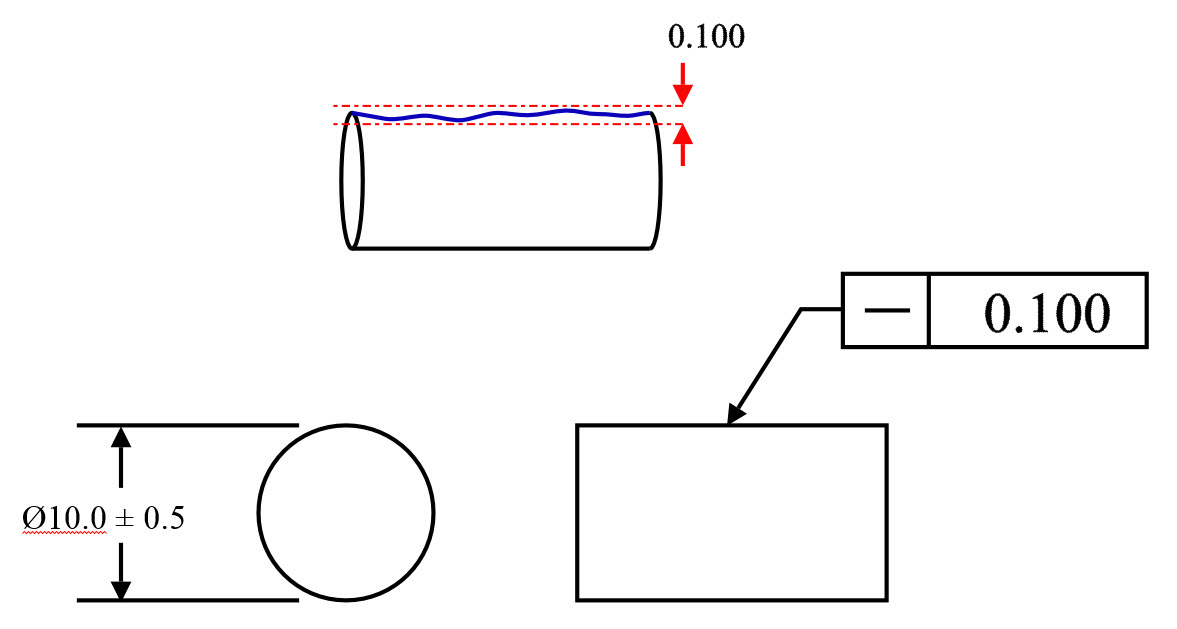 Controlling the surface of the tube in the weld area with GD&T straightness callout.

A boss pin on an engine housing is inserted into the chassis of a car to set the alignment before being bolted in. The pin is always in the correct position, however since it is so critical the dimension of the chassis mating hole is very tight. To ensure that this pin is always a correct fit for the hole, straightness is called out on the axis with maximum material condition. 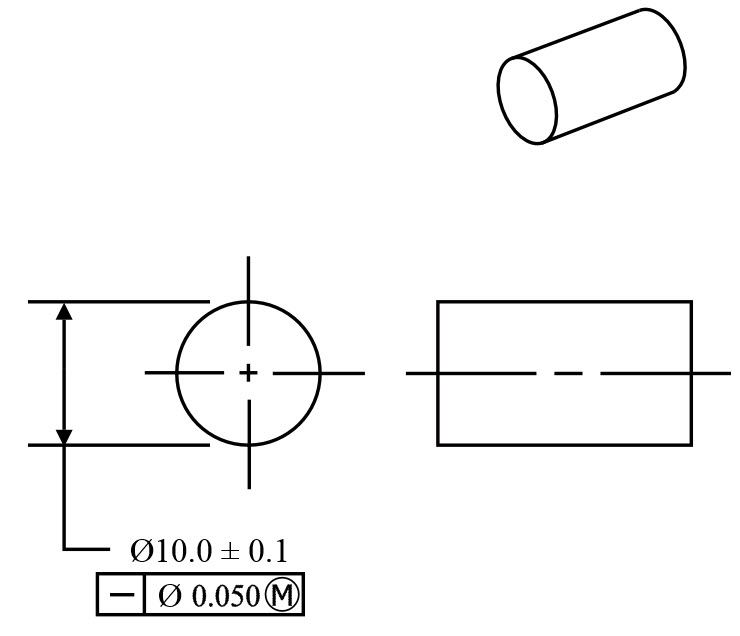 Ensuring straightness on the drawing

To quickly check for this a gauge was made to check that the pin always fits into the hole in the maximum material condition. Using the calculation below the ID of the cylinder gauge can be determined to check for this during production. 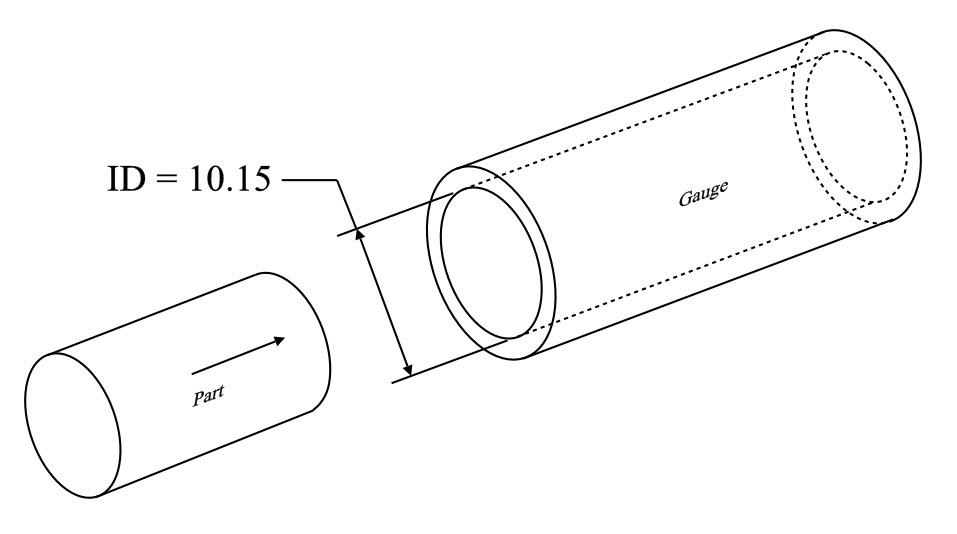 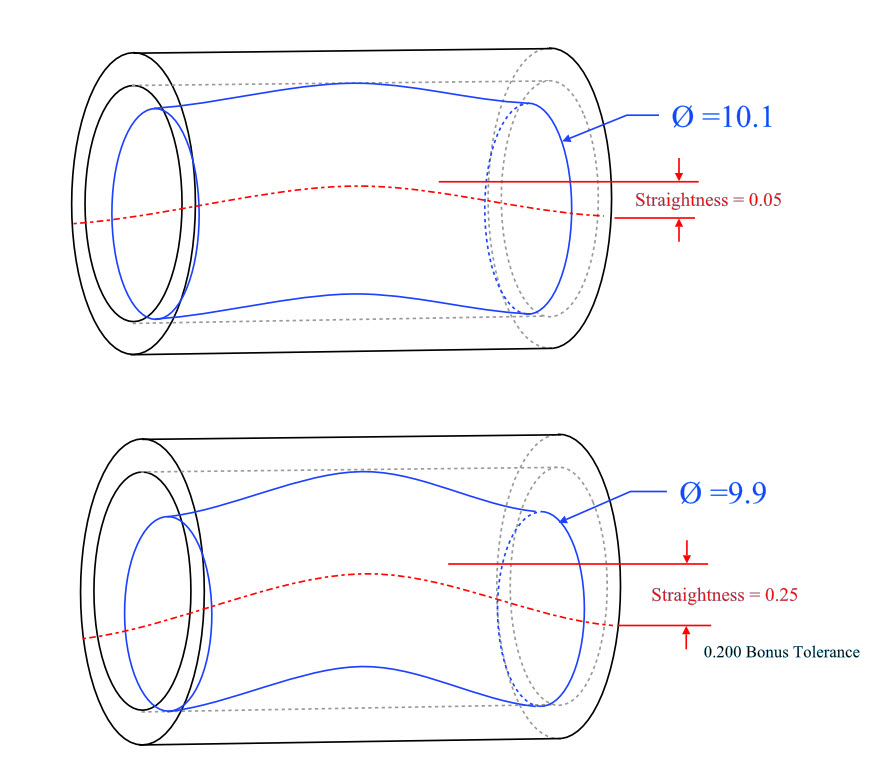 If the part is close to MMC, it has to be a tighter straightness tolerance than if it was smaller and closer to the least material condition. As long as the entire part envelope fits within the 10.15 cylinder, the part is in specification. This extra tolerance on the straightness is the bonus tolerance

Straightness and Perpendicularity with maximum material condition are most commonly used when controlling the form of a pin – while straightness controls the curve or bend of the center axis, perpendicularity controls the angle at which the pin is to a datum. Both constrain the axis of a pin feature and used gauges to control the entire feature’s boundary.