Datums are theoretically exact points, axes, lines, and planes or a combination thereof that are derived from datum features. A datum feature is the tangible surface or feature of size (comprised of multiple surfaces or revolved surfaces) that is indicated by the datum feature symbol. You can think of them as anchors for the entire part. They are the surface or feature where the other features are referenced from. It is usually an important functional feature that needs to be controlled during measurement as well.

All GD&T symbols except for the form tolerances (straightness, flatness, circularity and cylindricity ) can use datums to help specify what geometrical control is needed on the part.

Its important to know the difference between Datum Features and Datums. While they are related to one another they are indeed different entities. It is especially important to know this when studying the theories of Geometric Dimensioning and Tolerancing and while setting up a Datum Reference Frame. 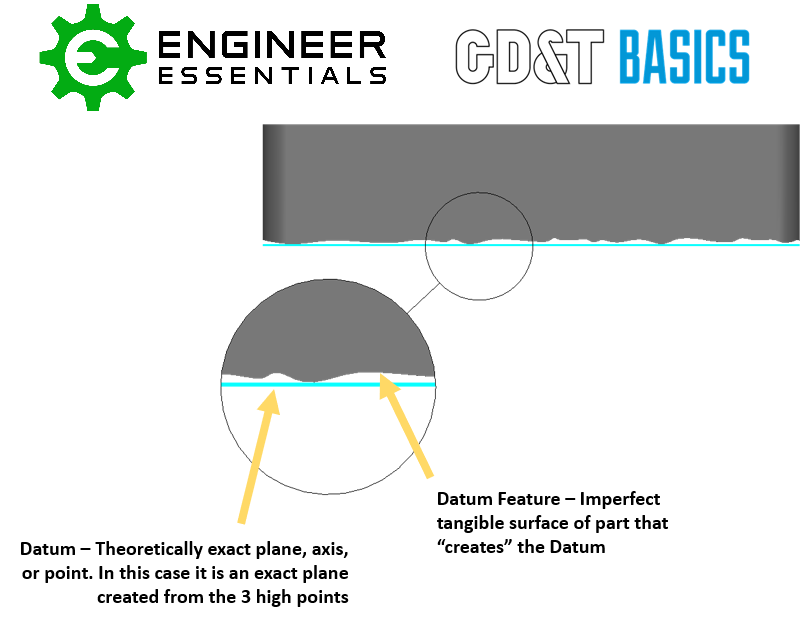 Datum Features are real, tangible features on a part where the measurement equipment would physically touch or measure.  They are usually important functional surfaces.

How Datum Features are Shown on a Drawing

Notation is Important on Drawings

As stated before, datums can be points, axes, lines, and planes or a combination thereof. It is important though that datum features are indicated correctly on the drawing to ensure that the right type of feature is being controlled. Datum features can be either a surface or a feature of size, depending on how the symbol is applied.

Datum Feature Symbol on a Surface 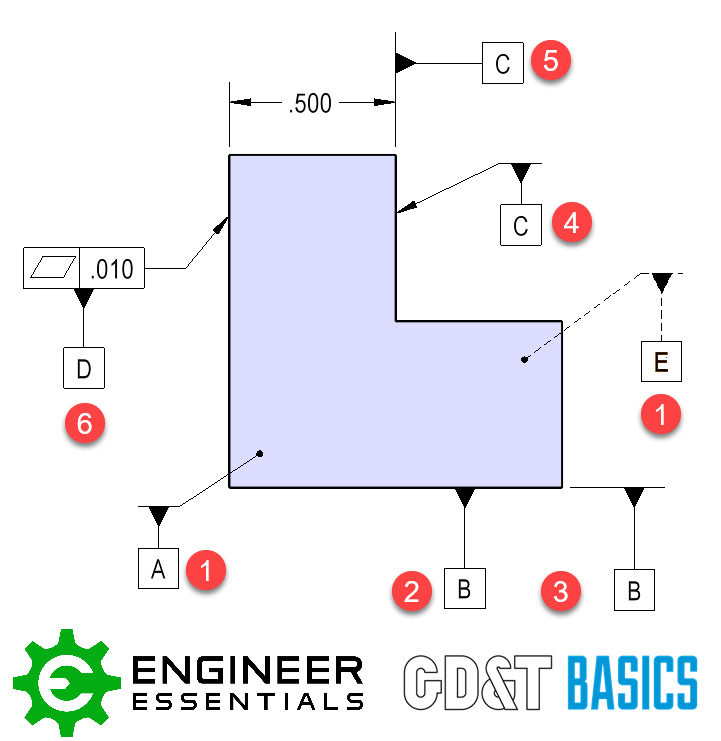 When the symbol is indicated in the methods stated above this means that the datum feature is the surface of the associated with that symbol.

Datum Feature Symbol on a Feature of Size 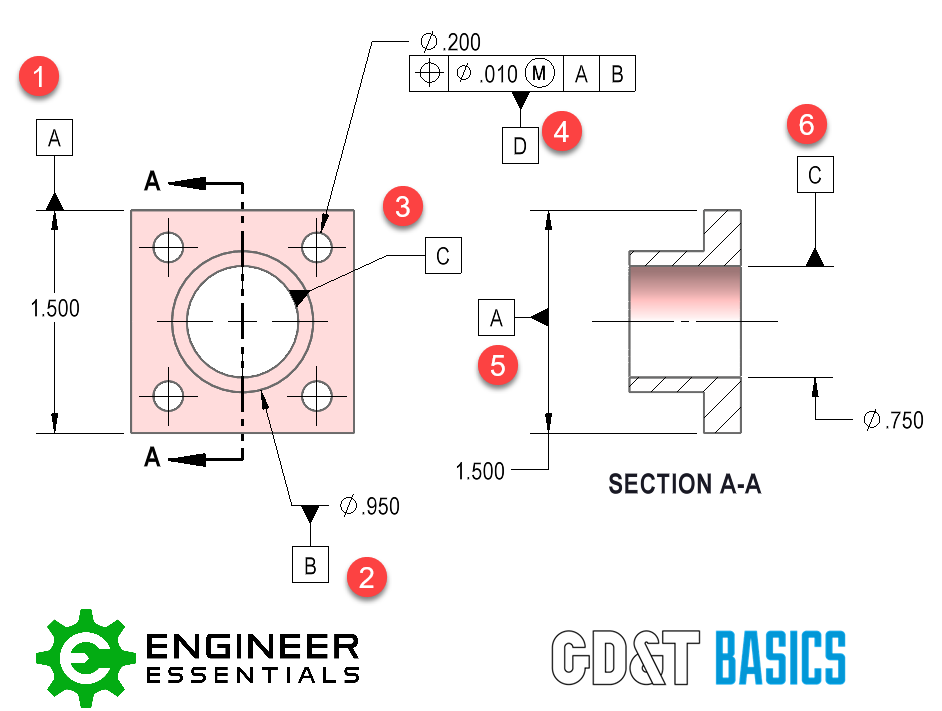