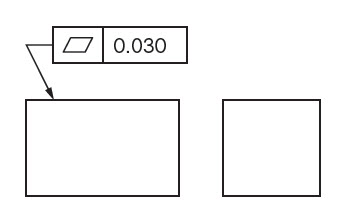 GD&T Flatness is very straight forward. It is a common symbol that references how flat a surface is regardless of any other datums or features.  It comes in useful if a feature is to be defined on a drawing that needs to be uniformly flat without tightening any other dimensions on the drawing. The flatness tolerance references two parallel planes (parallel to the surface that it is called out on) that define a zone where the entire reference surface must lie. Flatness tolerance is always less than the dimensional tolerance associated with it.

Two Sets of Parallel Planes where the entire referenced surface must lie.

Flatness is can be measured using a height gauge run across the surface of the part if only the reference feature is held parallel. You are trying making sure that any point along the surface does not go above or below the tolerance zone. Modern CMM’s are best for measuring the part as they can create virtual planes that the true surface profile can be compared to. This is a 3D measurement so points must be measured across the length and width of the part to ensure the entire surface is in tolerance. Flatness cannot be measured by simply placing the part on a granite slab and running a height gauge or microheight over it. This would be measuring parallelism instead as you are fixing the bottom of the part as a datum. 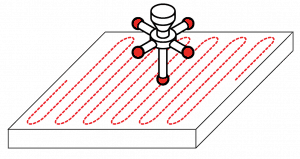 Relation to Other Symbols:

When you want to constrain the amount of waviness or variation in a surface without tightening the dimensional tolerance of said surface. Usually, flatness is used to give a surface an even amount of wear or for sealing properly with a mating part. Commonly used on a fixture that must mate flush with another part without wobbling, but where orientation is not important.

If you want to make sure that a tabletop is perfectly flat, if you did not have a flatness callout, you would have to constrain the height of the table very tightly to make sure that the entire surface is straight. With flatness, you can allow the table to be flat without constraining the tabletop thickness very tight. (You would be rejecting tables that were good thicknesses and normally in spec if using Geometric Dimensioning and Tolerancing.) 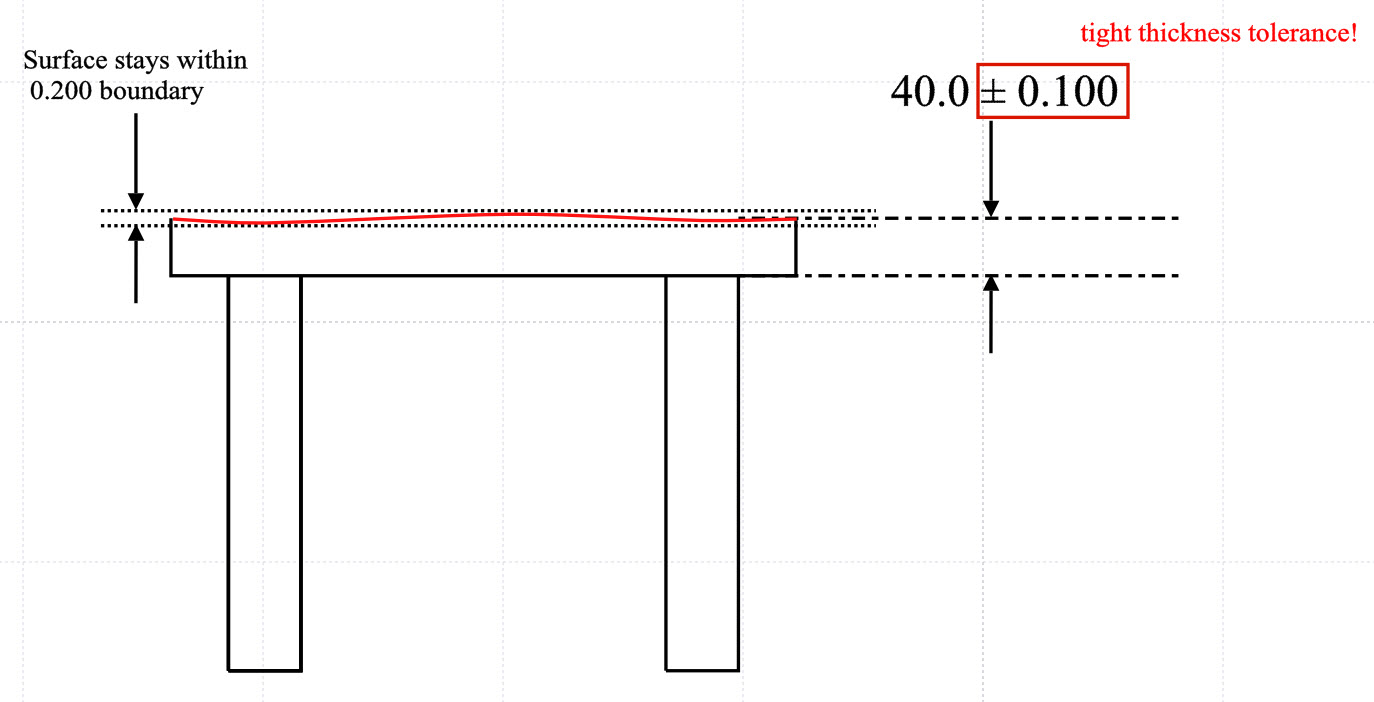 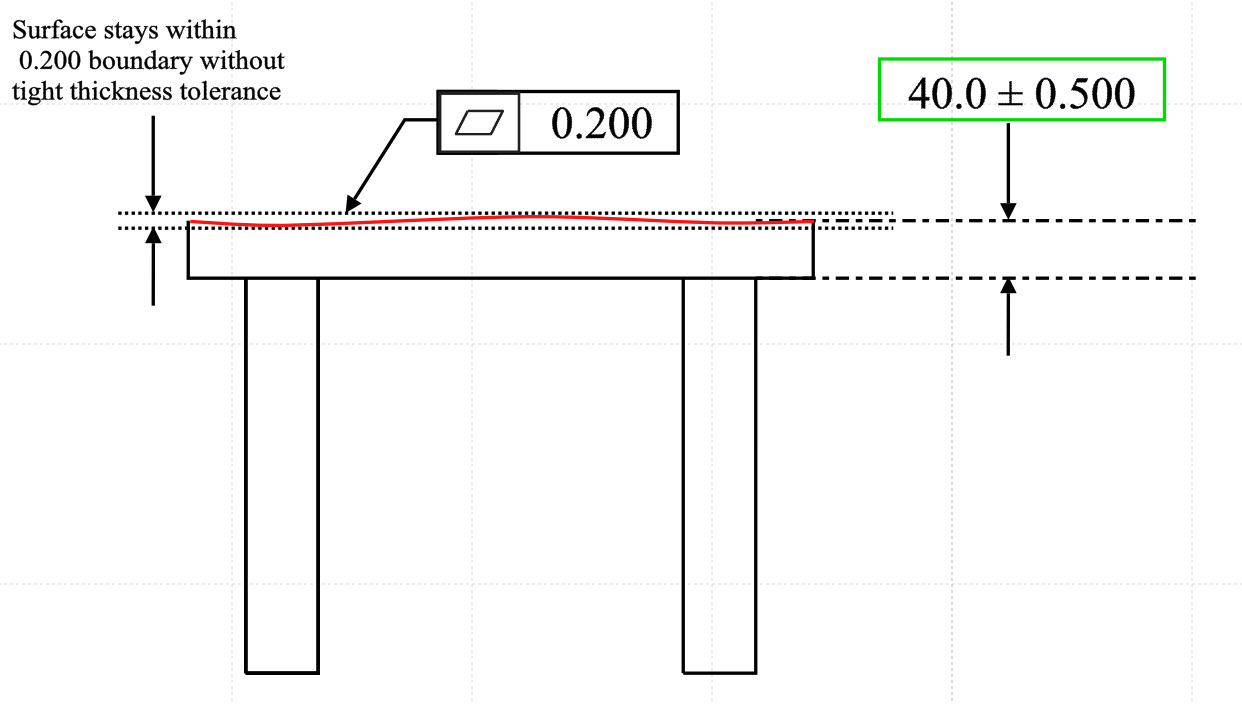 Flatness is not the same as parallelism. Parallelism uses a datum to control a surface while flatness does not. Think of a table with two missing legs at an angle to the floor. The tabletop may be within flatness tolerance but would not be parallel to the floor.