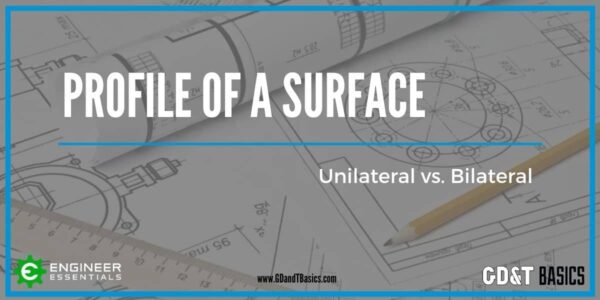 Profile of a Surface – Unilateral vs. Bilateral

What is the difference between unilateral and bilateral tolerance in a profile of a surface callout? In this post, Brandon explains the difference and gives examples of how they are used.

The phantom line method is still an acceptable practice as an alternative to using the U modifier symbol. It is straightforward to understand, so if you are working with someone less familiar with GD&T, indicating a unilateral tolerance zone this way may be a better option. However, the preferred method is to use the U modifier as outlined in the 2009 ASME standard.

Overwhelmed by the Complexity of GD&T Training?