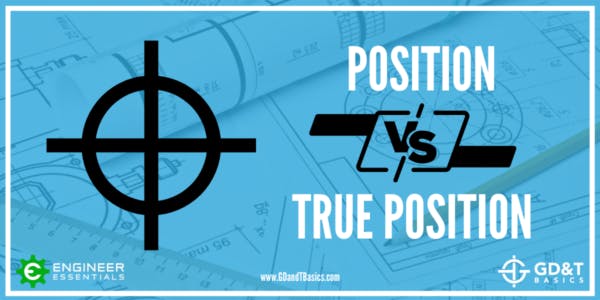 Many people refer to the GD&T Position symbol as “True Position.” However, this symbol is actually only referred to as “Position” in the ASME Y14.5 standard. Why make this distinction? Because “True Position” refers to the exact position of a feature as defined by basic dimensions, while the Position symbol is used to indicate the positional tolerance – the allowable amount of variation of that feature from its True Position.

Let’s look at the drawing example in Figure 1. The location of the hole in the center of the part is being controlled by Position. The basic dimensions of 2.5” from the bottom of the part (Datum Feature B) and 2.5” from the left side (Datum Feature C) locate the perfect location for the axis of the hole – the True Position of the hole. The tolerance on this location is indicated through the feature control frame for the hole. This feature control frame tells us that the hole has a diametrical position tolerance of 0.005”. 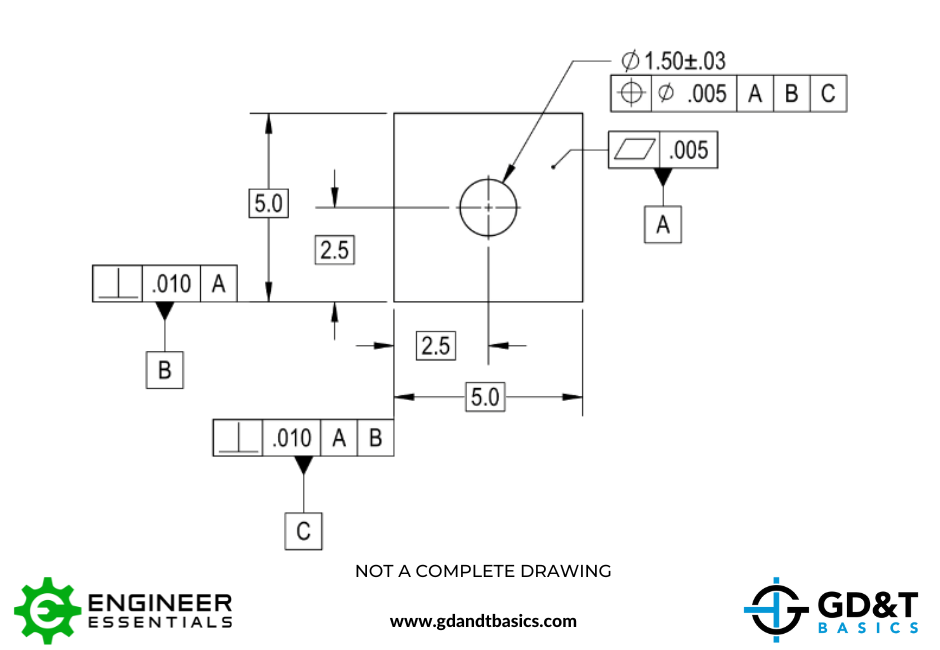 When we think about this in terms of our dart board illustration, we would picture the drawing as seen in Figure 2. Notice that the True Position, the center of the bullseye, is located by the basic dimensions highlighted in red. The position tolerance is illustrated by the blue ring surrounding the True Position. To pass inspection, the measured axis of the hole must fall within that diametrical position tolerance zone. 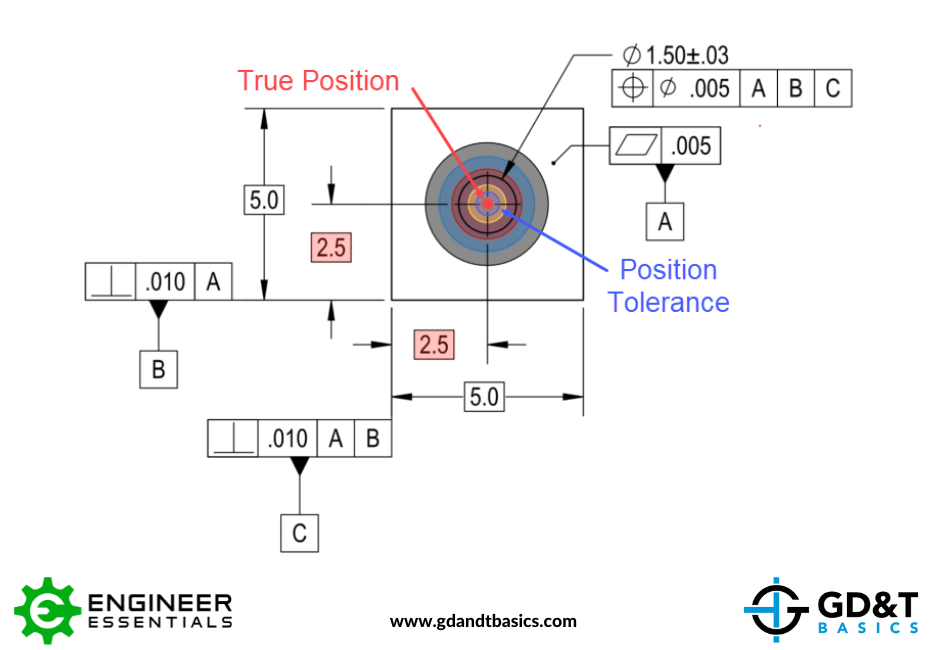 Figure 2: Illustration of Position as a Bullseye

One more thing to note is that we are not just looking at this axis as a 2-dimensional location. The measured axis of this hole must lie entirely within the cylinder created by this diametrical position tolerance as shown in the 3-dimensional model shown in Figure 3. 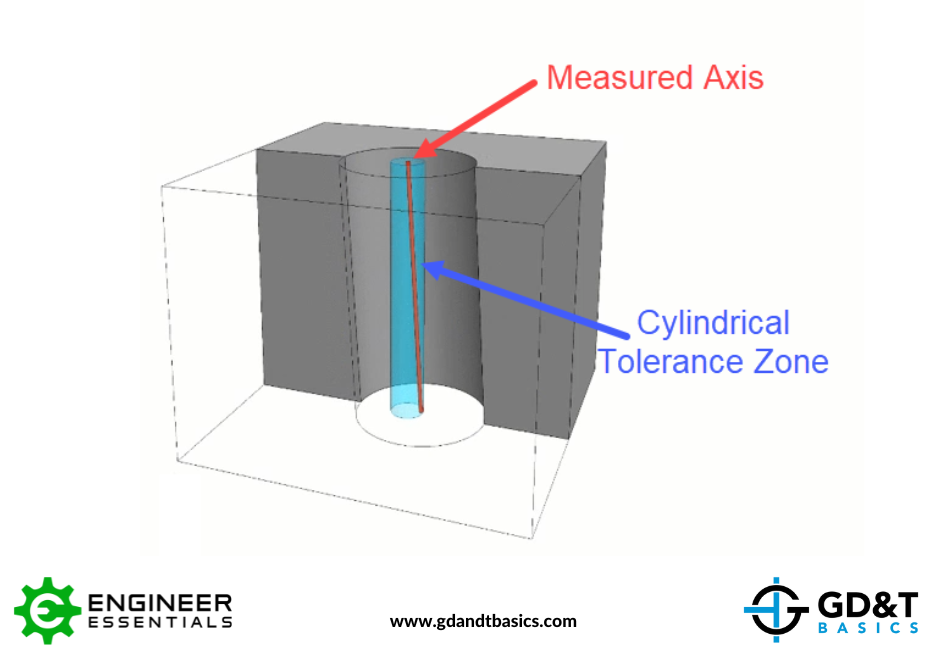