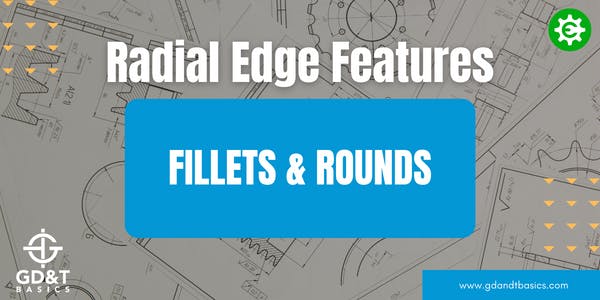 Chamfers, rounds, fillets, and “break edges” are edge features that you may commonly see on your part drawings. They are used for a variety of reasons, which typically include: part strength, burr removal, ease of assembly, and aesthetics.

A round is a rounded external edge feature. A round is shown on the part in Figure 1. 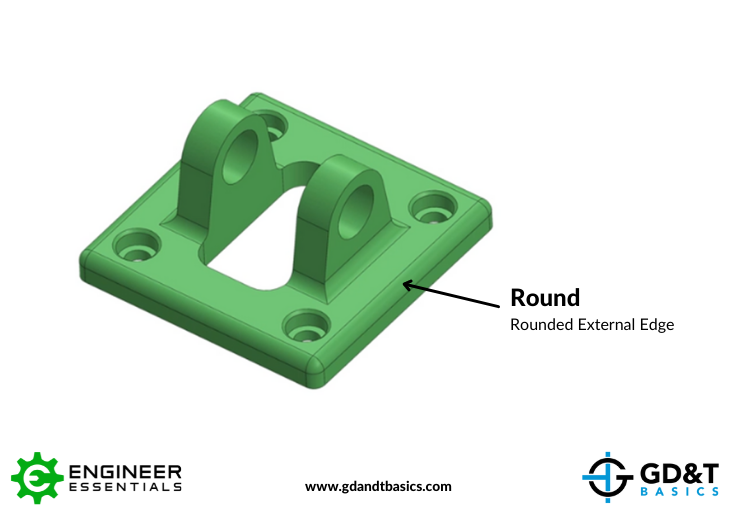 A round is indicated on a drawing using Radius. It is dimensioned by including the Radius symbol and radius length, as shown below in Figure 2. 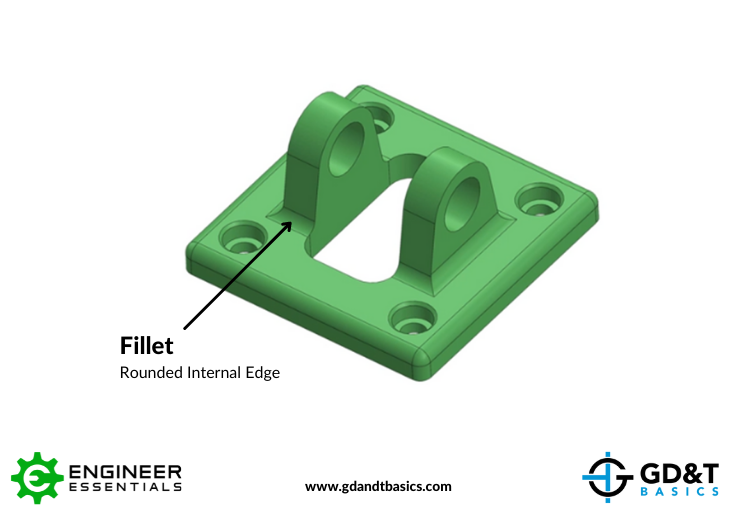 A fillet is indicated on a drawing in the same way as a round, illustrated in Figure 2, with a dimension that includes the Radius symbol and radius length.

Learn more about fillets and rounds in the video below: